Off road parking is available by the church

Tuesday: School Mass in Church at 9.00am

* Weekday times may be subject to change, please check the newsletter 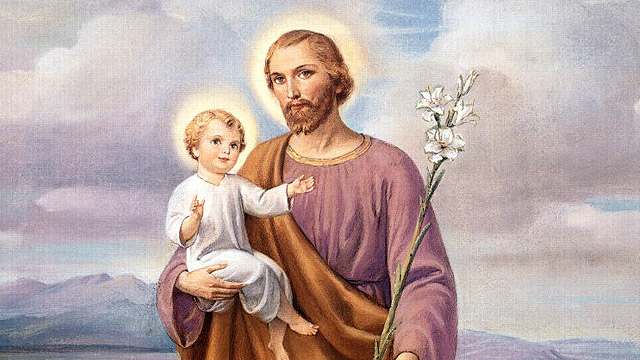 Saint Joseph was husband to the Blessed Virgin Mary and foster father to Jesus. All that we know about him comes from the Gospels. He was a carpenter from Nazareth, a descendant from King David and was betrothed to Mary. He followed the promptings of God in remaining with Mary after she was found to be pregnant with Jesus, and was warned by an angel to flee into Egypt with Mary and Jesus in order to escape the persecution of Herod. Nothing is known of Joseph after Jesus is twelve, by which we surmise he died before Jesus began his public ministry. He is patron of the universal church, caring for the body of Christ from heaven as he did his foster son whilst on earth.

As well as patron of our church, Saint Joseph is also patron of unborn children, fathers, workers, travellers, immigrants, and a happy death. His feast days are kept on 19 March and 1 May. 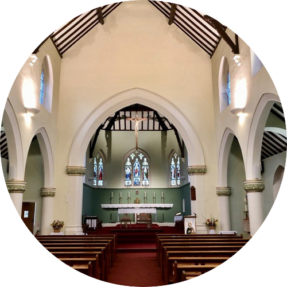 Shirebrook grew as a mining town from the late 19th century. Mass was said from 1900 in a converted barn, and then in a building intended as an isolation hospital. The man put in charge of the mission was Fr Charles Froes. He purchased the site on Langwith Road in 1905-1906 from the Duke of Devonshire, and built the present church at a cost of £2,500. The foundation stone was laid on October 5 1907 by Bishop Brindle (foundation stone in north aisle). The church was built by Irish labourers, and the early congregation was drawn from the local colliery. Fr Froes died in 1930 and is buried in the churchyard.

In 1964 a flat-roofed narthex was added at the west end of the church, as well as a sacristy giving off the north side of the chance, both in contrasting engineering brick, from designs by Bartlett & Gray of Nottingham. The cost of these works, which also included redecoration and rewiring, was £8,200.

More recently (at the time of the church’s centenary in 2007) the 1960s narthex was replaced with a new and wider narthex designed in a rather more sympathetic, contextual manner. The church interior was redecorated at the same time. A small Gothic Revival church built of red brick laid in English bond, with sandstone dressings and a steeply-pitched machine-made tile roof. The church consists of nave and aisles, apsidal sanctuary, with a former baptistery (now converted to a WC) giving off the north side. Later additions include a sacristy giving off the north side of the chancel, in contrasting style and materials (flat roof and engineering bricks) and a more recent (2007) and more contextual western narthex. The nave and aisles are of four bays, the external bay divisions marked by stepped buttresses with stone offsets. Within each bay are two-light trefoil-headed windows. There is a larger west window of four lights and the sanctuary has a canted east end with three-light windows on each face.