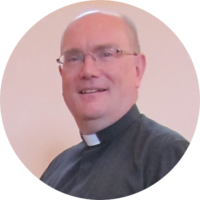 Fr John was ordained priest for the Diocese of Nottingham here at St Philip Neri in June 2003.  Prior to his studies at the Beda College, Rome, he worked as a Regional Organiser for the GMB Union.  He has also served as a District Councillor here in Mansfield.

Fr John, upon being ordained, served for one year at St Barnabas’ Cathedral, then as Parish Priest at Our Lady of the Angels, East Leake, St Margaret Clitherow, Keyworth, and St Hugh’s, Lincoln, where he was Chaplain at Nottingham Trent University.  He was also Bishop Patrick’s Health Care Adviser and Coordinator of School Chaplains. 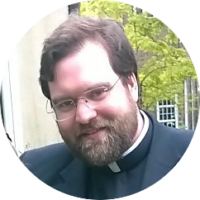 Originally from Guildford, Surrey, Fr Jonathan moved to Nottingham to study Theology at the University of Nottingham. During his time at university he was received into the Catholic Church. Having completed his studies, he went on to work for two years in the Chaplaincy at the University of Nottingham as the lay assistant to the Catholic priest. In 2012 he began his formation for the priesthood at Allen Hall Seminary in London.

Fr Jonathan was ordained priest by Bishop Patrick at Nottingham Cathedral on 30 June 2018 and was appointed to this parish. Prior to coming to Mansfield he served as Deacon on weekends at the Parish of the Most Blessed Sacrament in Leicester, travelling down to London during the week to complete his studies. 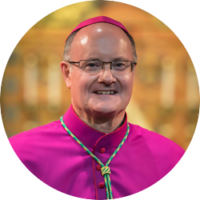 The Churches of Saint Bernadette, Saint Joseph, Saint Philip Neri and Saint Teresa are part of the Diocese of Nottingham and our Bishop is Bishop Patrick McKinney.

Patrick Joseph McKinney was born in Birmingham on 30th April 1954, the eldest son of Patrick and Bridget McKinney, originally from Ireland; his family moved to Buncrana, in Co Donegal, Ireland, when he was still very young, before returning eventually to Birmingham.

Bishop Patrick began his studies for the priesthood at in St Mary’s College, Oscott, the Archdiocese of Birmingham’s seminary for the training of priests, in 1972, and was ordained to the priesthood on 29th July 1978 in St Mary’s Church, Buncrana, where his family lives.

After his Ordination, he was appointed assistant priest in the parish of Our Lady of Lourdes, Yardley Wood, Birmingham, and chaplain to St Thomas Aquinas Secondary School, Kings Norton, Birmingham. Between 1982 and 1984, he was a student at the Pontifical Gregorian University, where he gained a Licence in Sacred Theology.

Returning from Rome to the Archdiocese of Birmingham, he taught fundamental theology at St Mary’s College until 1989, when he was appointed Rector of St Mary’s College, a post he held for nine years, during which period he was also a lecturer in ecclesiology, the theology of the Church. He was made a Prelate of Honour in 1990 and a member of the Metropolitan Chapter of St Chad in 1992.

Mgr McKinney left Oscott in 1998, becoming parish priest of St John, Great Haywood, and Episcopal Vicar for the north of the Archdiocese of Birmingham. He left the parish in 2001, remaining as Episcopal Vicar until 2006, when he was appointed parish priest of Our Lady and All Saints, Stourbridge and Dean of the Dudley Deanery. He has also served for a time as Chair of the Birmingham Archdiocesan Ecumenical Commission.

Mgr McKinney was appointed tenth Bishop of Nottingham by Pope Francis on 14 May 2015, and was ordained to the episcopate by Cardinal Vincent Nichols in St Barnabas’ Cathedral, Nottingham on Friday 3 July 2015. He has taken as his motto ‘Seek the Face of Christ’.